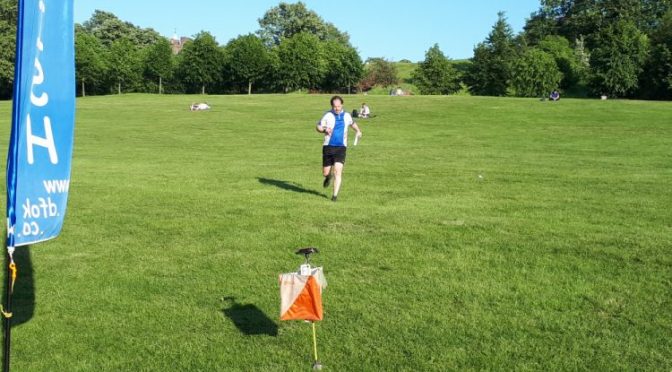 The areas are gently sloping with a mix of short and longer grass parkland, small areas of woodland with small paths and formal gardens. It was last used for a park race in 2016. Like all races in the series, the race is suitable for beginners. Full leg cover is not required – running in shorts, T-shirt and trainers is fine.

The race centre is The Bull at Streatham, 498 Streatham High Road, Streatham, London, SW16 3QB. The nearest stations are Streatham Common (with services from London Bridge, London Victoria and East Croydon) and Streatham (services from Wimbledon, Sutton, central and north London) both of which are 10 minutes walk from The Bull. We will be set up in the “Sheds” in the patio garden area on the south side of the pub. There is a full menu served at the pub until 22:00 – details can be found at: https://www.thebullstreatham.co.uk/food-drink/

The entry fee is £5 for seniors plus a £1 hire charge for hiring a SIAC and £3 for members of SLOW, LOK, DFOK and MV and for students and juniors with no hire charge for a SIAC. The race will use SIAC contactless punching.

Long and short courses are offered. They are both suitable for juniors but they must be escorted across the road and back between the pub and the start/finish.

·         Long: this will be approximately 5km with 50m climb. It is primarily grass based with some paths and tracks. There is some bramble in the forested areas but the courses are planned to avoid them as much as possible.

·         Short: this will be approximately 3km with 40m climb. It is primarily grass based with some paths and tracks. There is some bramble in the forested areas but the courses are planned to avoid them as much as possible.

All competitors take part at their own risk. Entries and results will be processed by computer, your entry will be taken as agreement to this. The competition is run under the rules and guidelines of, and sanctioned by, British Orienteering.

Results will be available on the SLOW website soon after the race.