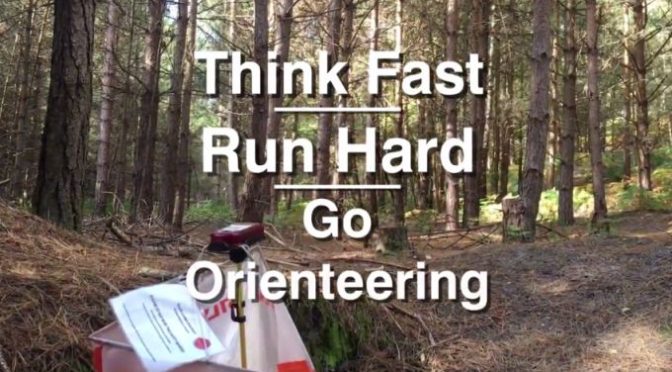 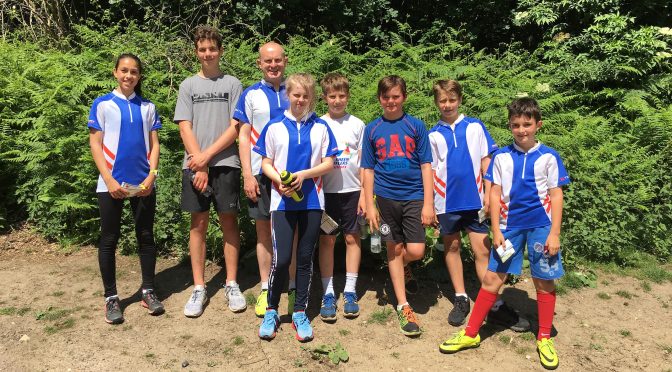 Nine SLOW juniors enjoyed the half term sunshine with a training session on Esher Common on Thursday 1 June. The session used three of the permanent courses that SLOW set up on Esher Common in collaboration with Elmbridge District Council.

The juniors aged 9 to 15 years all practised their technical orienteering skills – map orientation and route choice – on the Yellow course in the woods above West End Common to the west of the Portsmouth Road, before heading to Esher Common and running on the longer Orange and Light Green courses.

The weather was fantastic and everyone came away from the morning having improved their technique and more confident on the harder courses, ahead of the southeast relays on Sunday 18 June.

Many thanks to Paul Couldridge and Pete Huzan who gave up their time to coach, the juniors and of course their parents who came along for the morning.

South London Orienteers development officer Christine Robinson is running two Teaching Orienteering Part 1 courses, which are ideally suited to teachers, youth leaders and outdoor educators looking to introduce young people to orienteering. Christine is licensed to run these courses by British Orienteering, and they are being organised by SOLD (Surrey Outdoor Learning and Development). The training delivers the knowledge, understanding and practical ability to teach the basic skills of orienteering, in a fun way.

The two available dates for the Teaching Orienteering Part 1 course are:

Full details of both courses and bookings are available at Surrey Outdoor Learning and Development.

Further information about the course is available from British Orienteering.

Congratulations to the 36 scouts from Surrey and Greater London who turned out for the orienteering coaching session on Esher Common on Saturday afternoon. Everyone had a lot of fun, and hopefully learned something in the process! The results from the two courses are below – congratulations to the winners!

Thanks to the scout leaders and parents for bringing the scouts along, and to South London Orienteers Chris Wroe and Christine Robinson for organising.

We hope to see you again soon for another session some time in 2014.

Leith Hill is one of the best areas in the South of England for technical orienteering. I will be setting out the Men’s World Cup course from 2005 with SI controls for club members only to try and see how they fare against the finalists that year. It will be one of the hardest technical challenges faced even for experienced orienteers but definitely worth the opportunity to run in Scandi like terrain. We will meet in the car park to the West of Leith Hill Tower on Leith Hill road with starts from 10 to 11 with a cut off of 12:30. The course will be approximately 6.5km long with a few suitable cut offs if you don’t want to run the whole course.

Please let me know if you are coming so that I can order enough maps.

The SLOW training night is back for the winter after all this years sun. The first event to prepare for is our City Race. I will be planning a score course from Southwark Cathedral using the area south of London Bridge. All you need is a compass to check orientation and a rubber neck to keep an eye on the traffic. Jayne Sales will be following on from this on the 17 Sept planning a course on last years map on the North side of the river. All standards are welcome for these club nights and coaching is available to a levels. 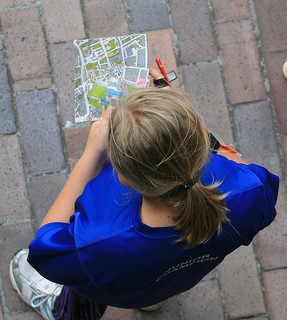 Following the successful taster session at Kingston Market Place on Sunday 19 August, South London Orienteers are offering coaching sessions over the next three weekends. These will be staged at The Hawker Centre, Lower Ham Rd, Kingston KT2 5BH at the following times:

The first session on 2 Sept has been timed to coincide with the club’s Trail Challenge races taking place that Sunday morning. Those taking part in the session will have the opportunity to run in one of the races from 11.00, if they wish, or continue with the coaching activities.

There will be activities suitable for newcomers and improvers and of all ages, to help you gain the basic skills of orienteering or improve your existing skills. So we can prepare appropriate activities it would be helpful if you could let us know (by email to

) if you will be attending, including your name, age and whether you have done any orienteering before or not.

A reminder too for adults that there is training every Tuesday evening at different venues round South London. This next week’s training will be on the campus of Roehampton University, a perfect opportunity to get to grips with the urban orienteering skills needed to tackle our City of London Race on 22 September.

There are some spare places available for a one-day training course “Teaching Orienteering Part 1” which is taking place on Friday 21 October 2011 at Tiffin Girls’ School in Kingston upon Thames. For more details, including a programme and application form, please download the PDF flyer.