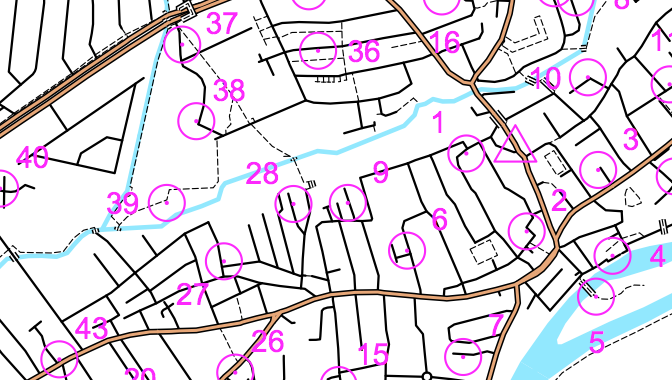 What is a Street-O race?

A very informal urban orienteering race, where you are given a special map of the local area, with the aim of running around looking specific locations (“controls”) on the map, generally under street lights. You will also be given a clue sheet, which will ask a question for each control, which you will be able to complete when you find the correct location – e.g. “name of the pub” or the “colour of door at number 20”.

Each control is assigned a point value – generally the ones further away are worth more points. The aim is to score as many points as possible, within the given time limit of one hour. Try to keep within this limit, as you will be deducted points for every second you are late getting back! If you don’t want to be out for a full 60 minutes you can always come back earlier.

Where are the events held?

The street events are held at various locations over south and central London, and are normally based at a local pub . The events will usually be the second Tuesday of the month, running from September until May. For the summer we switch over to a summer series of orienteering evening events in parks and woodland, making the most of the light in the evenings – the London Park Race Series.

You can turn up between 1800 and 1930, and start your run as soon as you’re ready. You’ll get your own map to run with (and keep afterwards) and if you need any help, there are plenty of experienced runners around to give you tips and advice before you run.

Normally an A4 sheet with streets shown on with black lines and paths shown as dotted lines – some maps use thicker brown lines for major roads. As with all orienteering maps, there are no street names on the map! The controls (there are typically up to 30) are normally drawn overprinted in purple. To help distinguish which side of the road you need to be looking at, the control circles are shown with a dot in the middle. The start and finish is always at the same place and shown by a triangle.

Here is part of an orienteering map of Twickenham as an example – showing the road and path network and part of the River Thames. The controls on the map here have the extra “dot” in the middle showing the exact location of the feature:

What kit do I need?

All you should need is running kit, a pen and a watch. You don’t have to have a headlamp as the event is under streetlights; however, in the darker months many runners prefer to use one. A compass is not required!

We use something called a “dibber” to time your run (it’s a small plastic stick you attach to your finger) and you will get one to rent for the race, unless you happen to have your own.

Will I be safe?

As half the races are in the dark, we try to use areas that are reasonably well lit and openly accessible. We also aim to avoid roads with heavy traffic, or use bridges / underpasses to cross these. However, you are still responsible for your own safety just as you would be walking around London normally.

Most people compete individually, although you can choose to run in groups if you prefer!

What about the social?

After the race, most people stay around in the pub for some food, drink and post-race analysis of routes – but of course this is optional!

What is the cost?

The races normally cost £3 for SLOW / LOK club members, juniors and students and £4 for others. This includes a waterproof colour map (yours to keep after the race) and the hire of a timing device or “dibber” (if you have your own, it’s £1 cheaper).

Who can take part?

Everyone is welcome. The races are particularly suitable for people who have never tried orienteering before, and are an excellent opportunity to meet club members and find out more.