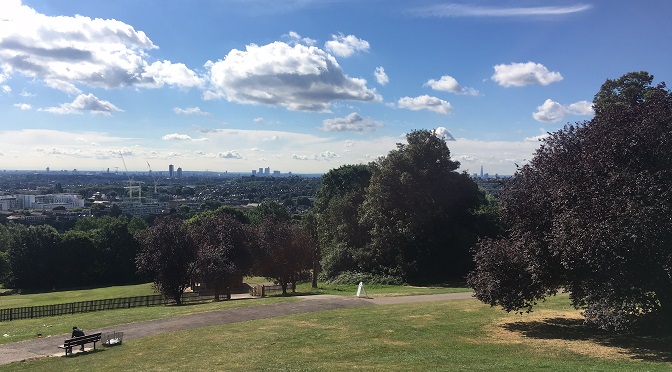 SLOW retains the GLOSS trophy in the 2016 inter-club competition

SLOW has retained the London club’s GLOSS trophy, with victories in four of the five the summer series of five races. The series is scored on a handicap basis, to ensure that in theory every runner has an equal chance of scoring. This was reflected by SLOW, with a total of 20 different people scoring a top six position for the club out of a possible 30. SLOW achieved top scores at four of the five events across the series, beating second-placed London Orienteering Klubb by 80 points to 73. Many thanks to Catherine Galvin and Paul Todd from LOK for coordinating the series and results, and to the three other clubs that contributed races to the series: Mole Valley, Hertfordshire Orienteering Club and Dartford Orienteers.

Photo of London from Alexandra Palace by Angus Lund