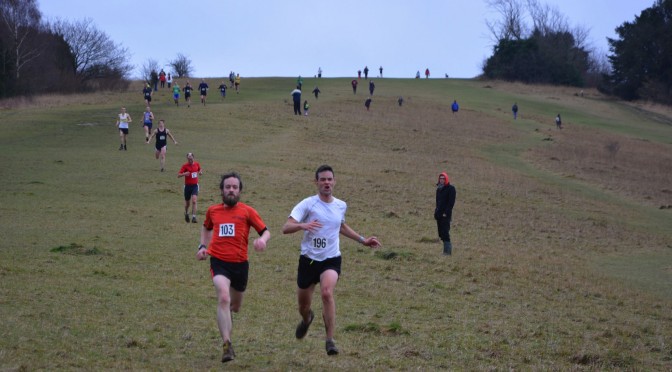 250 runners completed the 2014 Box Hill Fell Race on a warm January Saturday, even if the recent incessant rain had left conditions underfoot a little damp. Overall results are here.

Photos of almost every runner, courtesy of Katherine Heaton.

The Men’s Race was won by James McMullan of Thames Hare & Hounds in 49:36. The fastest woman was Sarah Pemberton from Serpentine RC in 65:09. Serpentine RC again dominated the event and took first place in the club competition.

Teams are formed by groups of the four best-placed runners from each club. Serpentine RC fielded 28 runners, with 20 from Tring RC and 15 from Incline Accelerators. The top 10 teams were placed as follows: