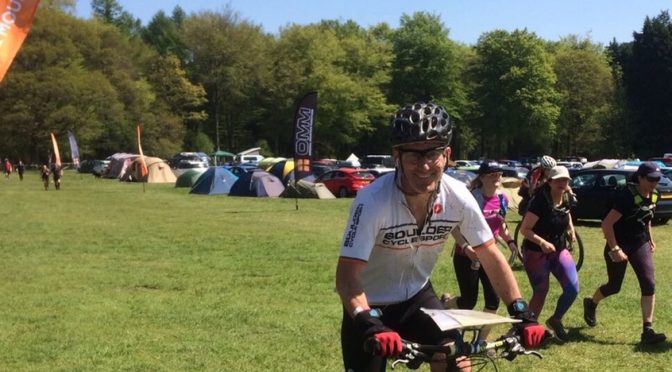 Here are the results from the first event of 2018’s MTB-O series, held on Sunday 10 June in the Chiltern Hills.

Tom Davies won the event, despite scoring fewer points than second-placed Mark Humphrey. Both came in over the two hour time limit, but Tom’s 5-point penalty for 33 seconds was lower than Mark’s 25.

Jane Robinson was the first-placed woman with 240 points, who is also organising the next event in the series is on 9 September.

Thanks to the organiser John Owens.