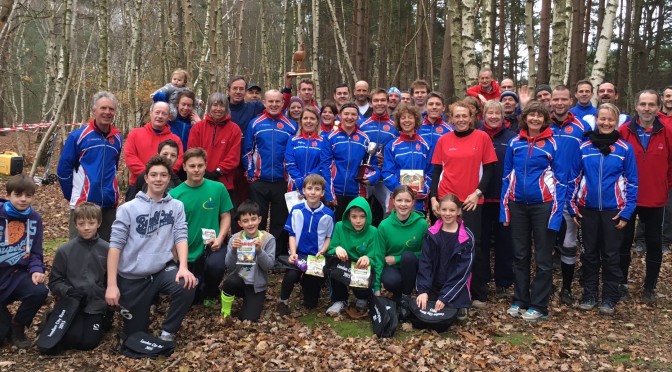 Congratulations to all that took part in SLOW’s third Club Championships on Saturday 6 December. Thanks to Southern Navigators who once again hosted competition, this time at Horsell Common near Woking. Three new club champions were created on the Men’s, Women’s and Junior courses.

Congratulations in particular to the junior contingent in their first club championships. There were ten runners from the Esher Scouts Orienteering Club, three of whom are now members of SLOW. Thomas Arnison won yellow with a very impressive time, and special mention should go to Alex Cooksey who sacrificed his own run to stop and help out another junior who had an unfortunate interaction with a ditch.

The juniors were leading the Southern Navigators’ junior league before the event, and put in a very strong showing again overall. Thank you also to those that brought some cake today for the post race gathering.

The full results are available at Southern Navigators’ website.