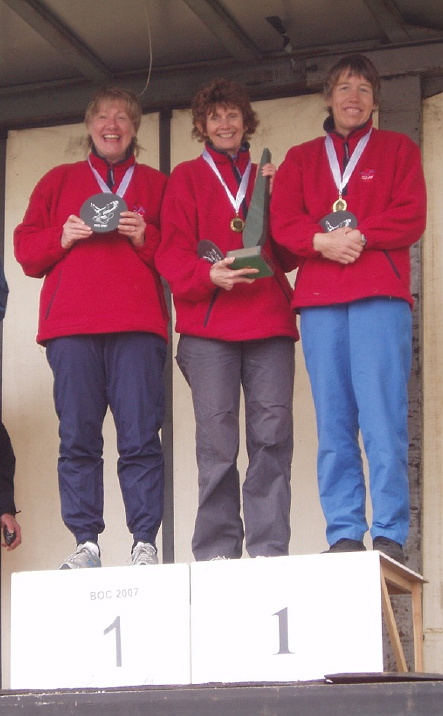 The 2007 British Orienteering Championships were held over the early May Bank Holiday weekend at Pwll Du, an open fell area in south-east Wales. Over 40 members of SLOW took part in the weekend’s races, which comprised the individual championships on the Saturday followed by the relays on the Sunday.

SLOW’s star performer of the individual day was Sarah Brown, who clinched an impressive 2nd place in the W55L class, some 6 minutes clear of 3rd place. 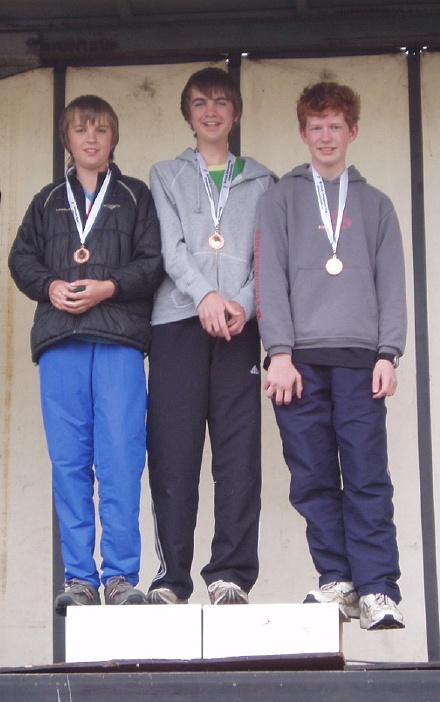 SLOW’s W50 team continued their excellent record in British Relay Championships, with Sarah Brown, Christine Robinson and Diane Leakey taking another 1st place finish – Chris tells me this is the 11th year running!! (1996-2007, excluding 2001 cancelled due to Foot & Mouth) – a very impressive record by anyone’s standards! The winning team is pictured above.

Our two premier teams also performed very well, with both the men’s and women’s open teams finishing in a very respectable 7th place.

Congratulations to all SLOW runners who competed over what was a very enjoyable weekend.

Full results from the weekend can be found on the British Championships website.