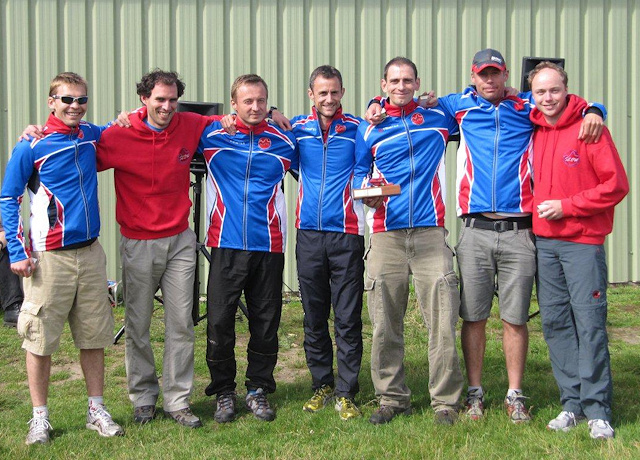 BAOC provided a fantastic setting for the 2012 Harvester competition, down on the military training area of Bordon.

SLOW entered 3 teams this year, two men’s teams on the ever challenging 7 man A course relay, one aiming for the Overall Men’s Premier title and one shooting for the handicap title. The women’s team was gunning for both the overall title and the women’s handicap.

Midnight came and Tom Cochrane stepped up and had a stormer on the opening leg, bringing SLOW’s first team in in the lead! This was further consolidated by a strong performance from Ian Webb – sending club lead coach Paul Couldridge out with a narrow lead over Duncan Coombes (has represented Great Britain at Junior world level) from FVO. Paul had a fantastic run but couldn’t quite hold him off and brought the team in, in 2nd place with a clear 7 min gap over 3rd place. The final night leg was run by Ben Roberts, who did a solid job, cruising round and consolidating 2nd place for the team. Ben handed over to Michael Balling for the dawn leg who finished in an exciting sprint finish against Lakeland OC, giving Dan Findlay-Robinson a 30 second lead going into leg 6. Dan felt the pressure and although stormed the majority of the course had a few issues with No.4 and handed over to Jevgenijs Petrovs on the final leg, 3 minutes down on Lakeland, who had a fantastic run taking a hefty chunk out of Lakeland’s Todd Oates and bringing the SLOW team back into 2nd place and the Small clubs trophy position. Score! well done boys!

A good result by the boys in the Premier, the highest position for many years and the first podium position and Sutton Park Trophy* win since its introduction in 1986.

This was complimented by an awesome women’s performance who came through and took the Women’s handicap trophy back for the club, won last by a very similar team line-up back in 2009. The line up of Helen Gardner, Anja Stratford, Helen Gardner, Heather Walton, Dorte Torpe Hansen and Jayne Sales were in contention throughout the night for the overall win also, after Helen had fantastic run in the dark to secure the lead. They finished in 2nd place to a fairly dominant SYO team. Well done ladies.

Our final team the Men’s handicap challengers, had more familiar faces stepping up to represent our club and again putting in a gutsy performance and narrowly missing out on the handicap win, with it going down to the wire. this team was plagued with injuries and replacement right up to the day with anchor leg runner Matt Lyle being drafted in at the eleventh hour. The remainder of the team was Pete Huzan, Paul Street, Richard Catmur, Vince Roper, Paul Whiston and Phil Marsland.

Well done to all those runners and hopefully we’ll get even more teams out for next years race.

Next relay opportunity is in two weeks at the North Downs Way relay, where we are defending the title – please contact Paul Whiston for more details and to confirm your place.

* Small Club Classification (Sutton Park Trophy) – The Sutton Park Trophy is awarded to the first ‘small club’ competing on the A course of the Harvester. For the Harvester, a club is defined as ‘small’ if it has not finished in the top three positions at any time in the previous five years. 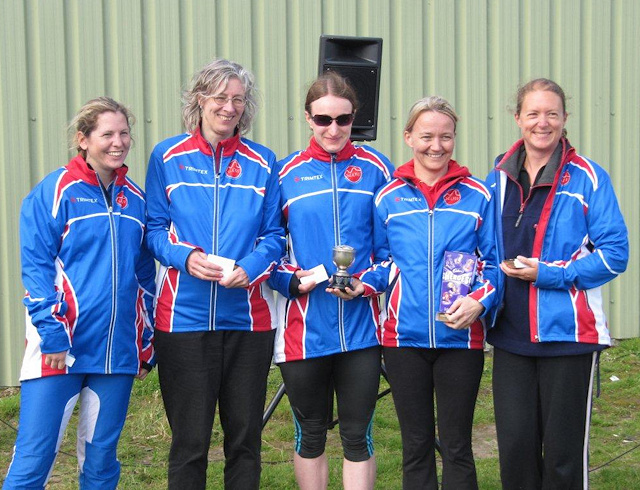