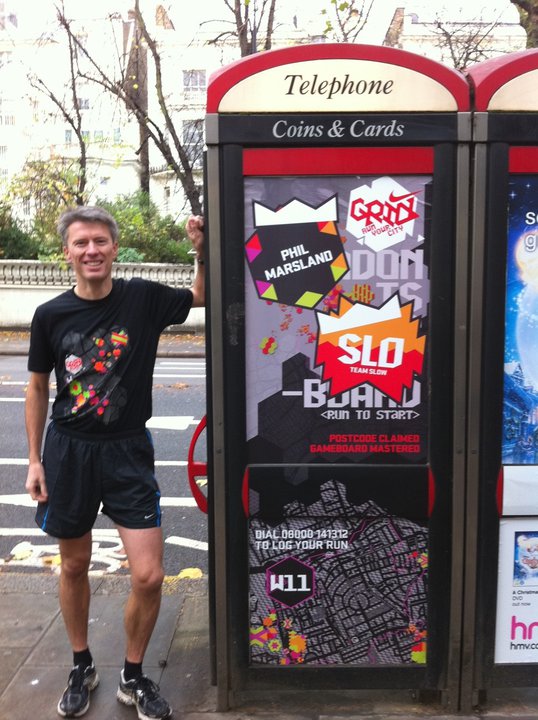 The two SLOW teams, Team SLOW and More Team SLOW (MTS), finished the two-week-long Nike Grid challenge yesterday, securing the team crowns for 16 of the 48 postcodes being contested in London:

Points were accumulating by running between two of four specially marked phoneboxes in each postcode, the phoneboxes acting as timers for the runs. The final person to start (and finish) in each postcode won an “eclipse” prize, while certain phoneboxes were designated as “lunar” at a certain point in the competition, the first person running from such a phonebox winning a lunar prize. 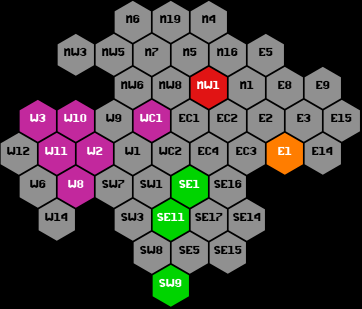 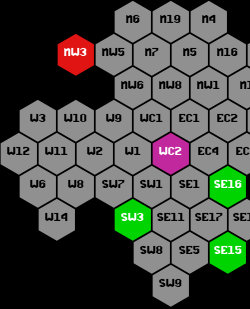 One of the key battles on the final day, as each postcode gradually “shut down”, was the battle for the team crown for SE16 (Rotherhithe) between MTS and Team Audiofuel. Going into the day, Team Audiofuel was holding the postcode, but their lead was small. Christine, MTS team captain, who ran over 110 miles during the two-week competition, said:

“We had great fun contesting SE16 yesterday and the Audiofuel guys were really nice. Our orienteering skills came in handy out there as we knew from the timings that they hadn’t found the route straight through Rotherhithe and were going all the way round the edge! When Sean and Tom arrived they tried to follow Rachael but she diverted through a housing estate and got them lost! They did eventually work it out but gave up when our reinforcements started arriving.”

More on Christine’s racing can be read in this article.

Evan Barlow of Team SLOW, and one of the highest scorers in the game, said:

“This has been an amazing two weeks. Can’t imagine anything else like it.”

Individual members of the teams also did well, securing many individual “player” crowns and winning a large number of prizes:

Ed Catmur was notable as the first person in the entire game to run in all 48 postcodes, while Verity Vale was the first woman to do so. Another notable individual achievement was Dan Findlay Robinson’s eleven-hour epic run, the bulk of which was spent shuttling between two phoneboxes in E1 to secure that postcode early in the game.

Lunar, Eclipse and probably Player Crown winners all win £100 running shoes, representing a prize haul of over £2000 for the club! * Pseudonym.
** Non-SLOW members but part of More Team SLOW during the competition.
Top: Phil. Above: Photo of the final-day clash in SE16 between More Team SLOW and Team Audiofuel. Below: Mike.