SLOW Teams in Action at the Harvester Weekend 2011 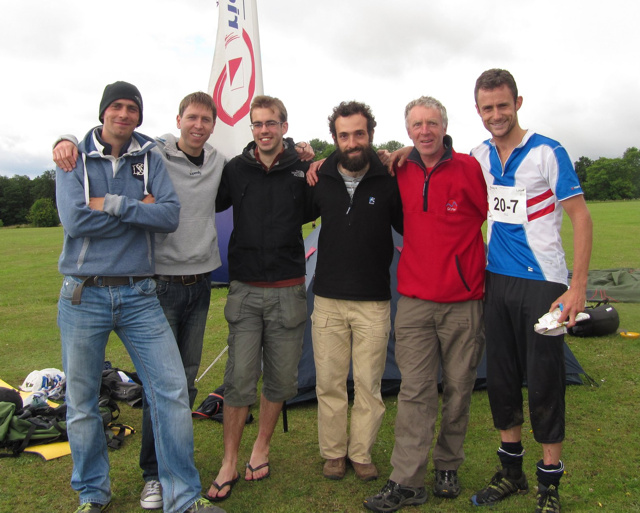 This year’s Harvester Weekend – the 33rd in the event’s history – was held on Saturday, 16th and Sunday, 17th July and was organised by ShUOC. The weekend was made up of a Middle Race around Bowden Housteads on the Saturday afternoon, an Ultrasprint around the camping field on the Saturday late afternoon, the Harvester Relay around Ecclesall Woods and Limb Valley on the Saturday night and an Urban Race around the village of Dore on the Sunday morning. The Harvester Relay also boasted a first in that it included the UK’s first live GPS tracking which was available throughout the night for spectators both in the assembly area and at home.

The Middle Race Bowden Housteads terrain was runnable deciduous woodland with some open parkland around which competitors were invited to ‘experience the noble ambience of Sheffield’s ancient Manor’. The map scale was 1:7,500 which was useful pre-Harvester Relay preparation. SLOW members that took part in this race were Paul Street, Charlie Turner, Tim Smith, Sarah Brown and Christine Smith on the Blue course; Abi Weeds, Libby Schofield, Ruth King and Nicola Morris on the Brown course; and Nick Taylor, Dmitry Adamskiy and Vince Roper on the Black course.

The main event of the weekend was, of course, the Harvester Relay. Ecclesall Woods was found to be a runnable complex suburban woodland broken into three parts by minor roads in which technical difficulty was provided by a mass of comprehensively mapped thickets. Limb Valley – only visited by the long courses – was formed by the grounds of an old country house and included a steep forested hillside in the North and West of the area and a vague wooded flat area. SLOW fielded five teams in the Harvester Relay this year – one on the A course (the SLOWcialites made up of Matthias Mahr, Ben Smith, Nick Taylor, Dmitry Adamskiy, Dan Findlay-Robinson, Charlie Turner and Paul Couldridge) and four on the B course (the SLOW Hyenas (Open) made up of Tim Smith, Pete Huzan, Heather Walton, Dorte Torpe Hansen and Tim Scarbrough; the SLOW Bobcats (Women) made up of Sarah Scarbrough, Helen Gardner, Jayne Sales, Libby Schofield and Sarah-Jane Gaffney; the SLOW Foxes (Handicap limit 26) made up of Vince Roper, Andy Robinson, Don McKerrow, David May and Paul Street; and the SLOW Bandicoots (Women Handicap limit 26) made up of Christine Robinson, Ruth King, Christine Smith, Nicola Morris and Sarah Brown). The team to achieve the highest final result was the SLOW Bobcats team who came 2nd in their category with a total time of 311.56 minutes (1st was the SYO Night Ladies team – the overall winner of the B course – with a total time of 267.21 minutes). The SLOW Hyenas (given a super start by Tim Smith on Leg 1) and the SLOW Foxes came 4th and 6th in their categories respectively. The SLOWcialites achieved 10th place (out of a total of 26 teams) on the A course with a total time of 513.14 minutes.

The Urban event – a 1.5km jog away from the camping field – completed the Harvester Weekend. Nine SLOW members took up this final challenge with Nick Taylor, Dan Findlay-Robinson, Helen Gardner, Dmitry Adamskiy and Ben Smith completing the A course and Jayne Sales, Ruth King, Christine Smith and Charlie Turner completing the B course. Tired legs were the order of the day but the courses were good, containing a range of leg lengths with some degree of decision making needed on most of them. Matt Crane of BOK was victorious on the 5.9km A course with a time of 34.37 minutes, with Nick just five minutes behind with a time of 39.53 minutes.

Thanks to Pete Huzan (who had a good run on Leg 2 of the B course for the SLOW Hyenas) for coordinating and organising the teams. And thank you also to all the SLOW members that stayed up throughout the night to cheer our runners out into the woods and then back in again at the end of their courses. Being able to track the progress of team members by looking at the screens to see when runners had punched through the road crossings and the last control also added to the excellent atmosphere.

Report by Ruth King. Photos by Libby Schofield (above) and Ruth King (below). 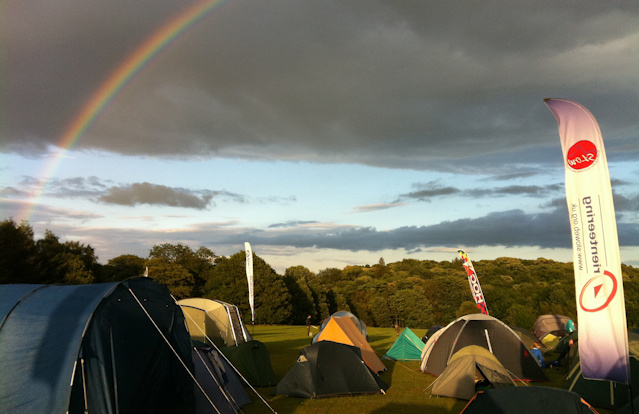