SLOW at the JK 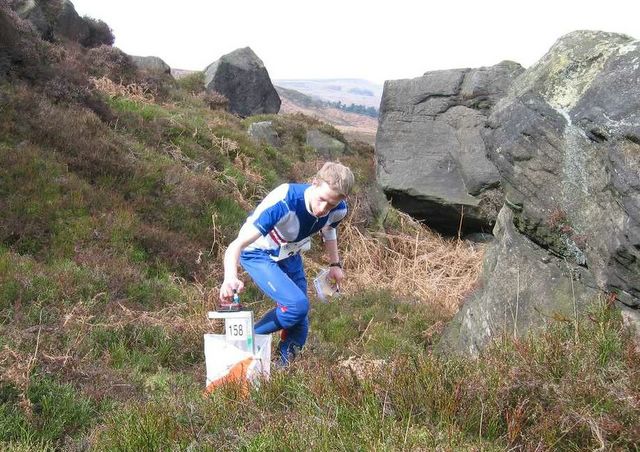 A large contingent of SLOW members made the trip up the M1 over the Easter weekend to take part in the JK festival, Britain’s premier annual orienteering event. This year the event was held in moorland and forest in West and North Yorkshire. Weather was generally very good (apart from a downpour at the start of the relays) and the consensus was that this was an excellent overall weekend, with some really good orienteering races.

The Friday event, held at Temple Newsam estate in Leeds, included a sprint race as well as general training courses. The start and finish was set in an old auditorium which was built into the side of bank, and complemented by commentary and spectator controls resulted in a very enjoyable race to watch and a good advert for the sport generally. The women’s elite sprint race was won by SLOW’s Heather Monro, completing her 2.4km course in a time of 11:39 to win by 18 seconds. 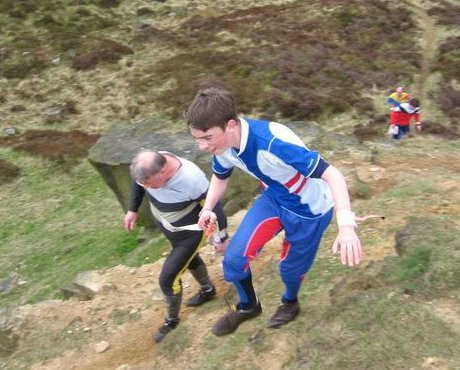 The first individual day was held on the Saturday at Ilkley Moor. The assembly area was situated at the foot of the moor, from which excellent views of the orienteering area could be seen, with several controls in sight. This included 2 consecutive spectator controls on the Elite short races – making for entertaining viewing as the spectators could clearly see both controls, whereas the competitors could not see them until they got very close. Most long courses included an interesting long leg with a classic “straight or round” route choice, which is still being debated now!

Day 2 moved a long way north-east to an area called Keldy (formerly known as Cropton & Cawthorne) in the middle of the North York Moors. This offered a completely different challenge from the previous day, being a very physical forest in places, with the best of the area (i.e. the bit of the forest that was actually quite runnable!) saved for the second half of most courses.

Chris Wroe also managed to sneakily claim a bronze medal in M20L after finishing 4th – speak to Chris if you would like inside information on how to achieve this!

Finally, a special mention must also go to David May, who was the IOF Advisor for Day 1 (advising on the elite World Ranking Event courses). Probably not easy to do at a distance of 200 miles, but it did mean that instead of competing on Day 1 he could go out onto the moor with his camera – as well as the pictures above, a selection of his photos of SLOWies can be seen in the Sloweb Photo Gallery.

The M21 Elite maps for all 3 individual days, complete with winning routes and interesting analysis, can be found on the M21E winner Graham Gristwood’s website. 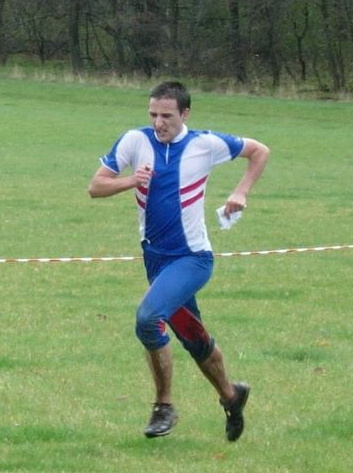 The JK Relays were held on Easter Monday in Bramham “spot the technical bit” Park, a small, brambly area with lots of paths which did however have a superb large assembly area. A grand total of 18 SLOW teams took part – with lots of success.

The Junior Men’s team of James McMillan, James Haynes and Ralph Street were the leading UK club, but were just beaten into 2nd place by a strong team from Kongsberg, Norway. 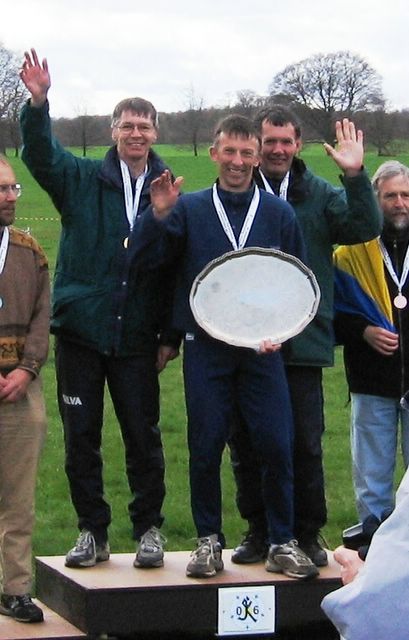 The stars of the day were the Men’s Superveterans (pictured left) who retained their trophy, having won it for the last two years: Peter “are you really that old, Daddy?” Haynes brought them in a minute up on 1st leg and David May and Mike Murray simply extended the lead to win by a massive eight minutes.

Every SLOW competitor got cheered up the very long run-in, none more so than Richard Catmur who was lifted by the vociferous SLOW contingent to overtake rivals Mole Valley; what Richard knew, but the rest of the club overlooked, was that they were competing in different classes! Paul Nixon also benefited from the SLOW tent screaming at him that there was another runner behind him, this time who was on the same class – disbelievingly turning round half-way round the run-in to realise this was true, he just managed to hold off the Czech runner who was closing in to finish 1 second ahead.

A big thank you to Captains Rachael and Pete for organising the teams, especially as there were so many last minute changes and as the JK immediately followed the British Relays and the CompassSport Cup. You can have a well deserved weekend off.

Full JK results are available on the JK2006 website.

JK Photos – David May’s photos are in the Sloweb photo gallery (see the frontpage). Additionally, hundreds of JK photos are now online on the CompassSport website – to see pictures of SLOWies type “SLOW” into the top right photo search box! A further selection of pictures can be found on the Digisport website. 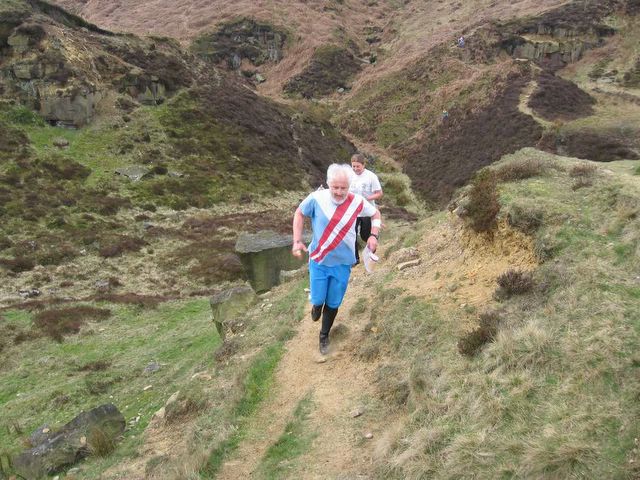