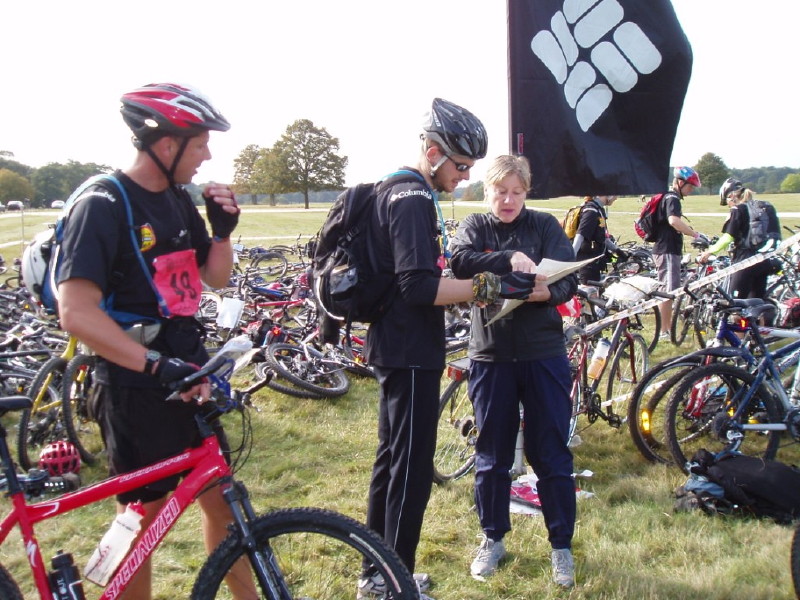 Sunday 30th September saw the inaugural London Rat Race storming round the streets and open spaces of London. Rat Races are urban adventure races. They have taken place in Edinburgh, Bristol and Manchester, but in 2007 the Rat Race hit the streets of the capital for the first time. 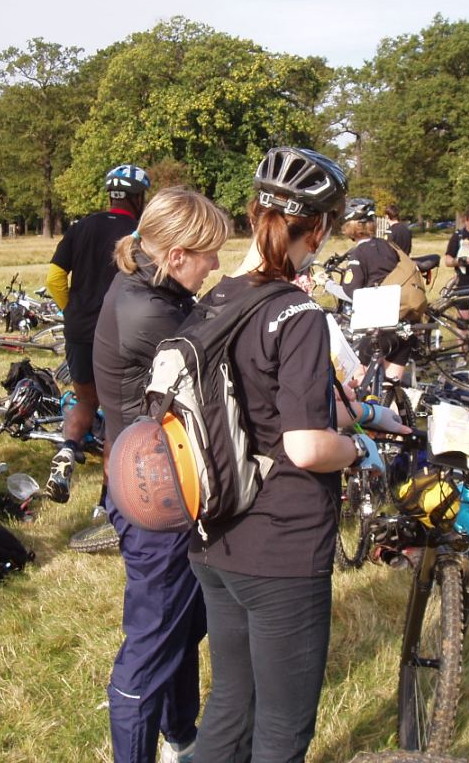 After a Saturday evening prologue in Central London, dawn on Sunday saw 200 teams of three take to their mountain bikes for a full day with many “challenges” along the way. They only found out at the start that they would be heading south-west into SLOW territory and that two of those challenges were orienteering at Richmond Park and Wimbledon Common, two of London’s best open spaces where many of us in the club have orienteered for years.

The Rat Race directors contacted SLOW over the summer with the proposal, and asking us to prepare the maps and arrange the placing of the controls and provide marshals on the day. Seeing this would get hundreds of new people orienteering in our “back garden” we were only too pleased to join in.

The instructions were to make Richmond Park easy and Wimbledon Common hard. In the Park the Rat Racers entered at Sheen gate and dumped their bikes. They then had to find 8 control points in any order covering at least the straight line distance of 7.2km. Controls included stopping at King Henry’s Mound to see the view of St Paul’s, and a “medieval bike rack” next to the Royal Ballet School (the Park Director said it was a bike rack but it looked more medieval to us).

This section came quite early in the day and all the teams did some of it with most of them getting all controls. They then moved west for two further challenges before returning via Wimbledon Common in the afternoon. By then the day was moving on and although the majority of teams set out to do some of the controls on Wimbledon, many had to miss it to the time pressure, and of those that did start only the best found all the controls as the navigation was considerably tougher than it had been in the Park.

The “transition” (a.k.a. bike dump) was at the Windmill. The 5.8km straight line course had 9 controls, which included an embankment in the 19th century shooting butts, a stream source next to the well on Caesar’s Camp and one requiring wading into Beverley Brook (not the challenge we thought it would be once we discovered they’d been swimming at the previous task!). The fastest teams completed this in 40 minutes, but many of the later teams seemed happy to sit in the afternoon sunshine.

SLOW’s team of marshals in the Park and on the Common had a very busy but ultimately enjoyable day. We were very gratified by all the kind comments from the Rat racers, many of whom wanted to keep their maps. The maps were taken to the post race party, where nearly all of them were snapped up.

So a whole new bunch of Rat Racers have had a taste of orienteering and, who knows, many of them might follow it up by joining in SLOW’s next activities:

Tuesday 9th October : Street-O – Street orienteering in the City. Another chance to belt round London’s streets looking for pub names and the like.

They would all be very welcome if they did. 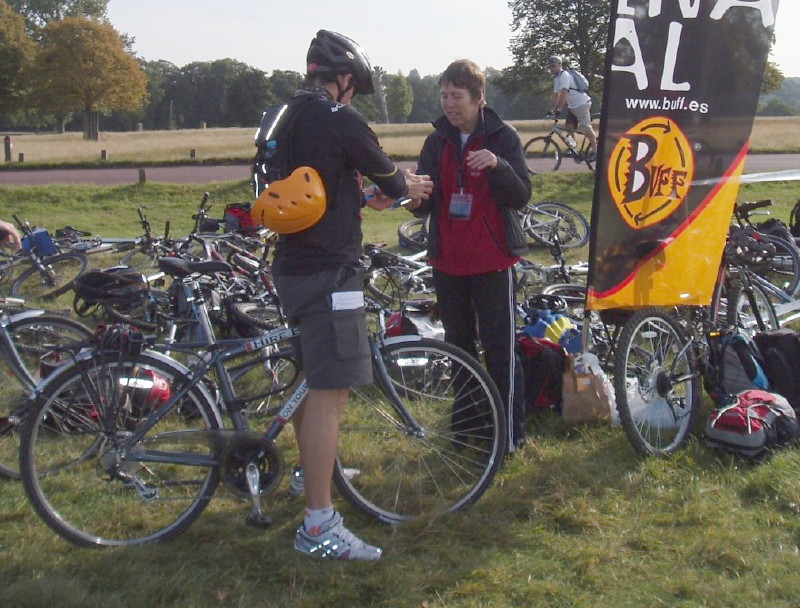