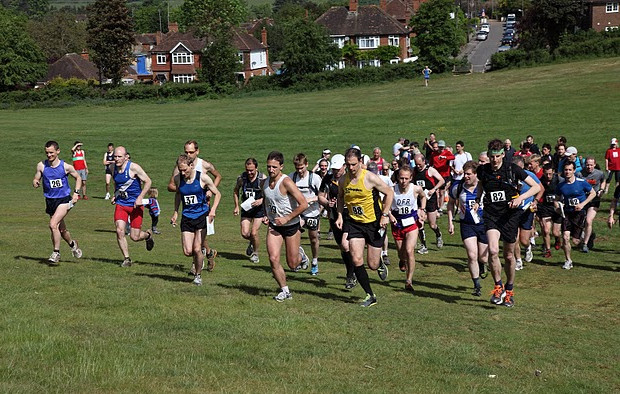 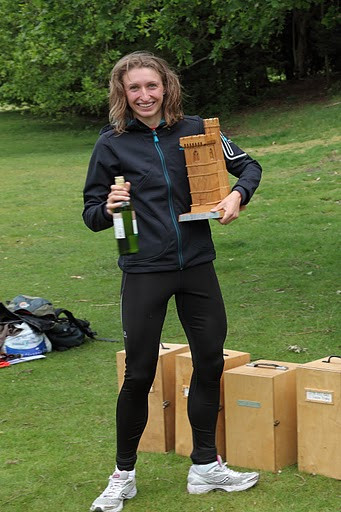 The day started wet and overcast and seemed to have put off a few as only 146 of the 200 entries arrived at the start line, but those that did were treated to a corker! The sun put in an appearance about two hours before the start and dried the ground up nicely.
This was the 34th running of the Surrey Hills race and the first under its new title, originally being known as the SILVA Hill Races. The series has been continuous since the first race in 1979, apart from the A-course (30K) being cancelled in 2001 due to Foot-and-Mouth. There is a list of both male and female winners here.

The course is a generally undulating route across the picturesque Surrey Hills taking in the summits of Leith Hill, Holmbury Hill and Pitch Hill on the longest courses and providing an interesting navigational challenge into the bargain. For those in the know or having previously recce’d the routes an advantage on race day is gained, causing much amusement as people get passed by much faster but more navigationally challenged/less prepared individuals. This however also leads to the very disconcerting sight of seeing those veterans of the event running without a map in sight!

Today’s race was as competitive as ever however and all the races were pushed to the finish line, especially in the B (16K) race where it was only the final hill which separated the 1st three, creating a 48 second spread. Further to this Tessa Hill took the women’s record on the B course which has stood since 1996 by 2:39! Which is a fantastic result. 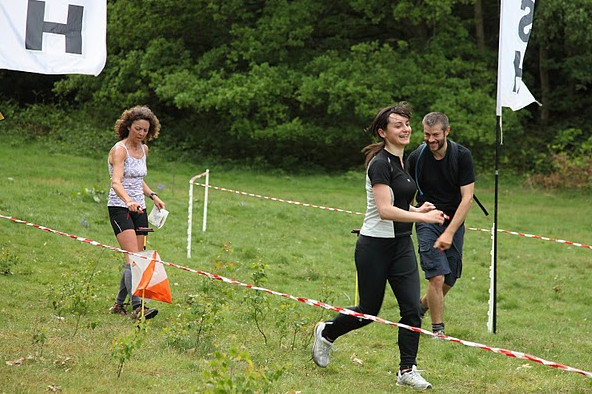