SLOW had a great set of results at the British Night Orienteering Championships hosted by Leicestershire Orienteering Club at Cademan & Thringstone Woods. Tom Davies and Paul Couldridge are the 2016 M35 and M40 British Champions respectively. Particularly impressive is that both Paul and Tom were around nine minutes clear of second place. Dorte Torpe Hansen got a silver medal in the W50 class and Christine Robinson bronze in W60. 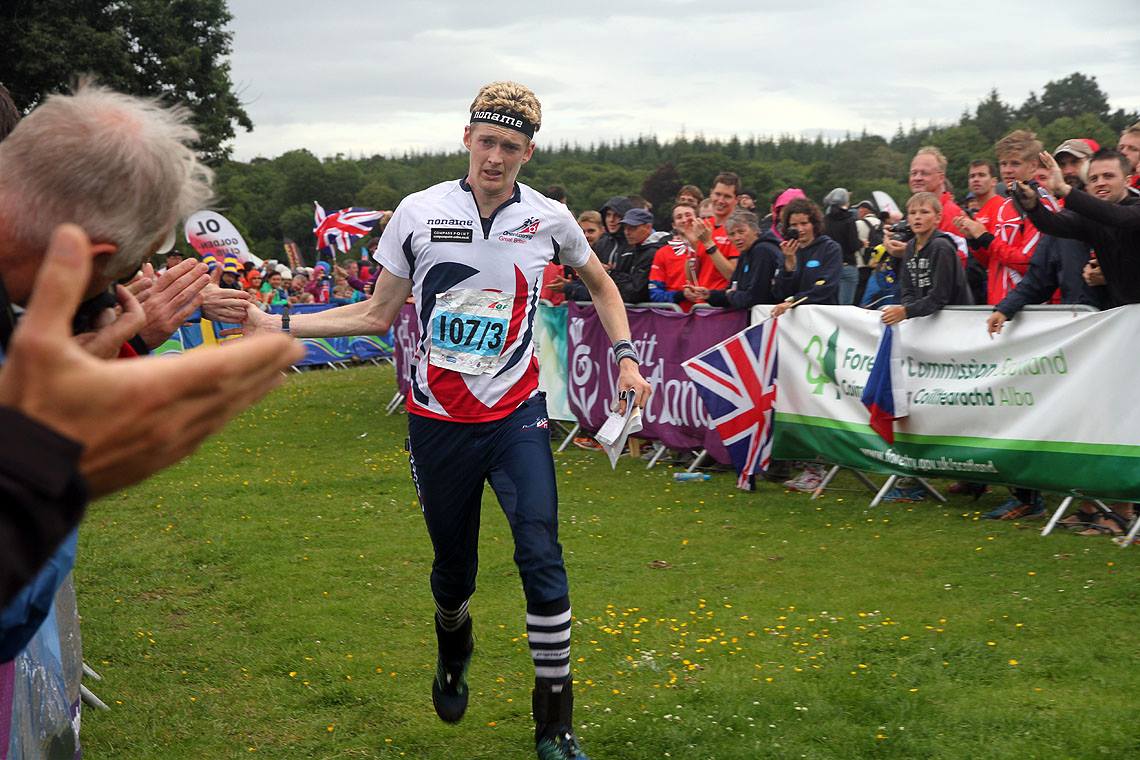 Congratulations to SLOW athlete Ralph Street who raced for Great Britain in the final leg of the Men’s Relay at the World Orienteering Championships, taking place this week in the Scottish Highlands. After runs from Scott Fraser and Graham Gristwood, Ralph brought Great Britain in in fourth place, just behind France, a very strong Norway final runner, and winners Switzerland, and ahead of around 30 other teams from around the world.

Photos: World Orienteering Championships organisation (above), British Orienteering (below, Ralph on the right). 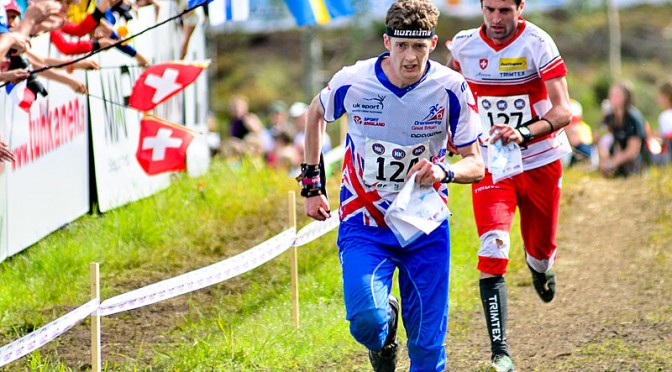 Congratulations to SLOW member and international orienteering Ralph Street who has been selected to run for Great Britain in the Relay event at this summer’s World Orienteering Championships, taking place in the Scottish Highlands in August. The team selections were today announced by British Orienteering. Ralph previous competed in WOC 2013 and JWOC 2010. Full profile. South London Orienteers were in action at the Jukola 2015 international night relay on Saturday 13 June in Finland. The team, #349, finished 851st, around half-way down, placing as high as 375th during the race itself. Team members were Ludo Maillard, Ian Webb, Ed Catmur, Phil Marsland, Alan Leakey*, Andy Robinson and Peter Huzan*. Jukola is the world’s premier night orienteering race.

Another SLOW athlete, Ralph Street, running for his international club Södertälje Nykvarn Orienter, led the race out, sprinting clear of the starting pack, and staying near the front for much of his run, ending in 68th position. You can see him at the front, in the #3 top, in this spectacular opening video, 30s in: In addition to Ralph’s achievements in the main Championships, SLOW are also well represented in Great Britain team at the European Trail-O Championships, taking place in Portugal until Wednesday. Our British Champion Sarah-Jane Gaffney is joined by Peter Huzan, Charles Bromley-Gardner and honorary member Nick Barrable. Also Remo Madella is in the Italian team.

In Sunday’s qualifying TempO competition, Charles was the only one of the British team to make it through to the final.

Congratulations to Helen Gardner who won the Women’s Open competition in the ROMe Orienteering Meet earlier this month, holding off BAOC’s Sarah Rollins who came second. Helen was among eight members of South London Orienteers who travelled to Italy for the three day event.

Each day presented a different middle distance race in Rome.

Day 1 was a mass start night race in Villa Borghese, a park in the heart of the city centre, home to many statues and other monuments. The orienteering was fast over the half hour run. A rather weak headtorch held Helen and she came home fourth, just over a minute behind Sarah.

The second day’s event was a park race at Villa Ada, racing along complicated little paths through dark green vegetation and navigating through holes in a ten foot high wall. Helen was first here, eight seconds ahead of Sarah and so entered the final day with a 53 second deficit.

The final race was a city race around the historic centre of Rome, taking in the Trevi Fountain, the Colosseum and the Pantheon among other sites. This was a beautiful race with a few technical sections and – as would be expected – tourists to avoid. Helen took first place by 37 seconds, but crucially was 1’24” ahead of Sarah to secure victory overall.

The results presentation was more flamboyant than we have come to expect, with Helen spraying champagne over the crowd from the top of the podium! She left with a substantial amount of Italian food to cart home, after a social at the end of the meet with predictably large helpings of pizza, pasta, ice cream and wine. Helen’s verdict on the meet: “very efficient sightseeing”!

With thanks to Helen Gardner for commentary

It’s been longer than some can remember that this fantastic club (Club of the Year 2013) has had a Club Championships. This will be changing and on the 14th December we will have two new champions. Southern Navigators have kindly put themselves out to host this event as part of their Saturday Series which will be held in prime South of England orienteering terrain on Mytchett. Males will do the blue course (5km) and females the green (3.5km) with start times from 10:00 to 11:30. The distances are short so that we can all compete against each other to find the best of the best of the best. The details aren’t up yet for this event on their website but the link is here http://www.southernnavigators.com/index.php?p=1_6_Calendar

I have promised them that I will give them numbers by the 1st December, so if you want to run then you need to let me know by then. If you miss this date then you will not be able to compete in the championships. NO EXCEPTIONS. 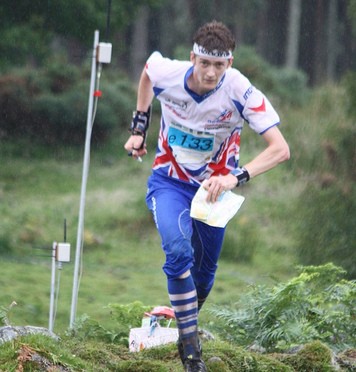 SLOW athlete Ralph Street was part of the British Team for Euromeeting, a test competition for the 2015 World Championships in the Scottish Highlands, which took place last week in Moray. Ralph took a stunning 4th place (3rd place in the Euromeeting group of runners) at the Middle Distance Race at Loch of Boath, which was also a World Ranking Event, finishing with the top result for Team GB. He finished with a time of 31:48, just 39 seconds behind the winner William Lind of Sweden. The race was held in difficult conditions, on a physical area and during pouring rain.

Ralph also ran strongly at the Sprint event at Lossiemouth the day before, finishing 5th, just 0.9 seconds behind fellow Brit Kris Jones in fourth place. The Euromeeting was held within the framework of the Scottish 6 Days orienteering event. The World Championships in 2015 will also interleave with the Scottish 6 Days’ next meet: Highland 2015.

Thanks to Wendy Carlyle for the photo.